What is VISION? Its importance. 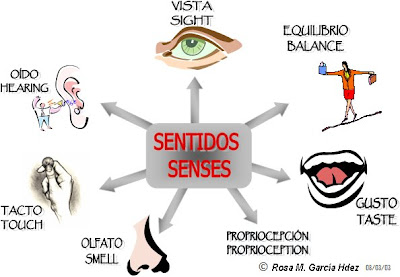 As many people know, VISION is one of the five traditional senses. Nowadays, some people include in this group the balance and the proprioception too; I will calmly explain these terms later on.


Vision is the most important sense because up to 80 percent of the information that we receive, gets in across the eyes; not only the images but all the feelings that come with them too. That is why, it is very important that the visual system is effective, because it affects the learning and even the behaviour. In the reading case, up to 100 percent of the information that gets in, is purely visual.


People usually technically define VISION as “Action, effect and ability to see”. But personally, this definition does not satisfy me.


Vision does not occur only in the eyes. The eyes are just the most external part of a “complex mechanism”. They are the entrance. They are just responsible for receiving the object’s image; it is a very important function, but we do not see just because of them. Later on this image and all the information about it, follow a process until the brain is reached, and there we process, identify, understand, memorize, remember, learn and answer all the information that we receive. All that is VISION. Thereby, it is not only important that the image gets in but also knowing what to do with it. And that is what separates us from the animals; they receive an image that goes to the primitive brain but they do not learn from, memorize, understand, interpret it... The thinking part is what makes us different. And this is achieved by the NEOCORTEX (the “wrinkled dough of the brain”).


Thereby, in order for vision to be perfect, it is required for the COMPLETE visual path (not only the eyes) to be in perfect condition.

Vision is not efficient if:
- any of the eye’s layers prevent the light from getting in, that is, they lose their transparency;
- the light is not transmitted from neuron to neuron from the first layer of nervous cells which is inside the eye (which is known as the retina, the layer that receives the luminous stimulus), as far as the last neuron of the brain (in many areas of it, not only in the purely visual one);
- or there is some injury in any part of the visual path.

In another post I will explain the steps that occur in the Visual Process and that the vision does not just mean seeing 20/20.


It is crucial to have a good vision for the general development of a person’s life, and it is the most important tool for a child to have success at school. If the vision fails, the child’s school performance or the adult’s work performance fails too. Take one moment to think how many visual activities we do every day: at school or at work: reading, writing, drawing, painting, building, calculating, having contact with other people, fixing some things, cutting hair, putting bricks,… And during the rest of the day: when we take the right bus, drive, walk the street, eat, cook,…
Constantly, we are receiving visual information from which experiences are created. They can be better or worse depending on the quality of the information that we receive.

Nowadays, in Spain, the Optics-Optometrist National Association (Colegio Nacional de Ópticos-Optometristas –CNOO-) and in USA, the College of Optometrists in Vision Development (COVD) estimate that:
- up to 25 percent of the schoolchildren may have visual problems not diagnosed, that can affect their ability to learn (COVD) (CNOO)
- up to 70 percent of schoolchildren who have a learning disability in reading have some sort of visual problem; (COVD)
- and around 30 percent of school failure is related to visual upsets. (CNOO)


One child thinks everybody sees the same way as him; so, if he sees wrong, he will say nothing because he will think that it is usual. Therefore, the parents and teachers are the ones who have to suspect or recognize whether a child has some visual problem. The discovery and early treatment, before or during school-age, can avoid some future academic, emotional and social problems in the child. In future posts I will give a list of some signs and symptoms of visual problems that may indicate the need for a comprehensive vision exam, that I hope it serves you as an orientation.


When we are born, the vision is not a sense totally developed; so, everybody has to “learn to see”, just like we learn to walk. We have to learn to interpret the visual information that we receive. And just as the child’s motor development happens step by step while growing, the same happens with the vision. Both developments happen in parallel. So, if the child skips any motor development phase, it can affect the visual development, thus causing lazy eye, strabismus, or learning disabilities.